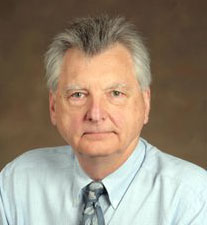 S. E. GONTARSKI, Robert O. Lawton Distinguished Professor of English, Ph.D., Ohio State (1974): writer, director and filmmaker who specializes in twentieth-century Irish Studies, in British, U.S., and European Modernism, performance theory, History of Text Technologies and Modern(ist) book history. He has been a resident Fellow at the Djerassi Foundation, the Rockefeller Foundation at Bellagio, the Bogliasco Foundation and a Visiting Scholar at the American Academy in Rome.  He has been awarded four National Endowment for the Humanities research grants, has twice been awarded Fulbright Professorships, has been Guest Editor of the following: American Book Review, The Review of Contemporary Fiction, and Modern Fiction Studies and most recently Drammaturgia.

He is also General Editor of four book series:
1) "Crosscurrents: Comparative Studies in European Literature and Philosophy" with the University Press of Florida;
2) "Anthem Studies in Theatre and Performance" with Anthem Press, London;
3) "Understanding Philosophy / Understanding Modernism" (with Paul Ardoin and Laci Mattison) from Bloomsbury;
4) "Other Becketts" from Edinburgh University Press.

He edited the Journal of Beckett Studies from 1989-2008, and currently serves as Co-Editor with its publication by Edinburgh University Press.