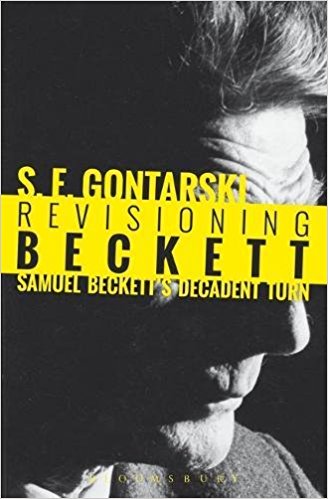 Revisioning Beckett reassesses Beckett's career and literary output, particularly his engagement with what might be called decadent modernism.

Gontarski approaches Beckett from multiple viewpoints: from his running afoul of the Irish Censorship of Publications Acts in the 1930s through the 1950s, his preoccupations to “find literature in the pornography, or beneath the pornography,” his battles with the Lord Chamberlain in the mid-1950s over London stagings of his first two plays, and his close professional and personal associations with publishers who celebrated the work of the demimonde. Much of that term encompasses an opening to the fullness of human experience denied in previous centuries, and much of that has been sexual or decadent. As Gontarski shows, the aesthetics that emerges from such early career encounters and associations continues to inform Beckett's work and develops into experimental modes that upend literary models and middle class values, an aesthetics that, furthermore, has inspired any number of visual artists to re-vision Beckett.