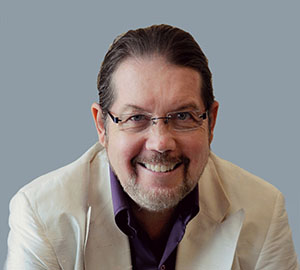 “Any time you say something new about Shakespeare,” he says, “the press will be interested, and some people will be shocked.”

Last year was the 400th anniversary of William Shakespeare’s death, so there was an avalanche of coverage of the playwright throughout 2016.

And Taylor was right. The exposure has been widespread for this edition, a collaborative effort with Taylor as the principal investigator, leading a team of 26 scholars through the publishing process. (Four of the twenty-six are at Florida State—more than any other university.)

Starting with an exclusive in The Guardian and continuing through with a mid-February article in The New Yorker, Taylor has given interviews to numerous news publications and radio stations. What most of the attention focused on, however, overlooked the bigger picture, Taylor says. The media outlets wanted to write the stories about an authorship angle, which credited 16th-century playwright Christopher Marlowe with co-writing Shakespeare’s “Henry VI” plays.

“You don’t always know what is going to interest the media,” Taylor says.

The Guardian made the initial contact with Taylor to discuss the project, which originated about 10 years ago, when Oxford University Press approached him and asked him to put together a team of scholars to produce this edition.

“The Guardian wanted an exclusive, but the news source makes the decision on what they think is news,” Taylor says. “They focused on the authorship scholarship in the edition, which is important: there is an entire volume just on that subject.”

The Guardian prominently displayed the story on the front page of its October 23, 2016, issue and the jump took up an entire inside page. The article did include other facets of the edition, but for the authorship issue, the publication focused on Marlowe.

“That’s not the only new work in the edition, but Marlowe is sexy because he’s an interesting figure and because of his story as a writer – a tragic story, with all sorts of other angles (spies, drugs, homosexuality, atheism, political assassination),” Taylor says. “So, Marlowe became the lead.”

Other media outlets became involved with follow-up articles, and as Taylor describes there was “a winnowing effect, and the story got smaller and smaller.”

“By the time the story got to All Things Considered on NPR – less than 24 hours after the Guardian story was published – we were down to three minutes of airtime,” he says “Three wonderful minutes. But Marlowe was the whole story, and even the treatment of Marlowe was a small part of the bigger story. Radio reaches more people, but print has more space for detail.”

What’s the bigger story? “I wanted it to be about collaboration, dialogue, the proliferation and interaction of different voices,” Tayor says.

That larger story explains how much the format and presentation of Shakespeare’s work has changed for this new edition. Three other general editors collaborated with Taylor in making the final editorial decisions: Professor Terri Bourus (in the School of Theatre at FSU, but also a “Courtesy Professor of English,” teaching one course each semester in the English department), and two British scholars: Professor John Jowett of the Shakespeare Institute in Stratford-upon-Avon and Professor Gabriel Egan of De Montfort University, Leicester. 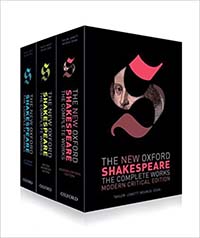 The New Oxford edition consists of three interconnected print publications: the Modern Critical Edition (all the works in one volume, presented in modern spelling), the Critical Reference Edition (all the works in two volumes, in original spelling), and the Authorship Companion. All these print volumes are presented, and supplemented, in a digital edition as part of Oxford Scholarly Editions Online.

Taylor says the way the editorial team treated the critical introductions will be especially influential.

“The introductions in the Modern Critical Edition are radically different from what anyone has ever done before, not just with Shakespeare but with any edition of a canonical author,” he says. “The introductions are not just critical interpretations of the works. Each is a bricolage of different opinions about the work, from over the course of four centuries.”

The team did this in part to demonstrate that people have always argued about Shakespeare, discussing “the value of his work, what it means, how to interpret it, how to perform it.”

“Instead of getting a monologue, introducing each one of Shakespeare’s plays, you get a conversation,” Taylor says. “You get 30 or 40 voices.”

The editorial team chose quotations that met high standards – “the quotations are themselves excellent bits of prose or poetry,” Taylor says -- to show how Shakespeare has inspired other writers but also to ensure the introductions were well written.

Each introduction also has two images, again chosen from a select group of artists and illustrations to show how Shakespeare inspired visual artists as well. There are representations by painters, photographers, engravers, theater designers, costume designers, and cinematographers. To create a dialogue even with the images, the choices differ from each other – from different art forms or different periods, for example.

Boxes containing empirical information are included with the introductions, depending on what is interesting for that specific work. One might be the fact that “this is the largest role for a female character in the entire works of Shakespeare,” Taylor says, or point out that a certain production cast “the first actor of color to play Othello.”

All of the content is juxtaposed with timelines, in terms of which history the timeline is telling.

“For instance, the timeline for Othello is about the history of the English engagement with the African slave trade but also the history of English relationships to the Muslim world,” Taylor says.

The story of collaboration that Taylor prefers includes several members of the English department. 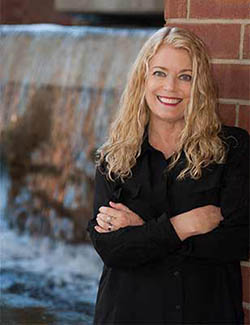 Professor Terri Bourus was one of the general editors. The radically new treatment of critical introductions was her idea, as was the attention to visual images and musical scores.

“As a theatre practitioner, she sees Shakespeare as a multimedia artist. And she is always conscious of the many different ways that a character, or a whole play, could be interpreted and has been performed,” Taylor says.

Not surprisingly, she was also in charge of the treatment of stage directions. Rather than simply assert that “Character X does Y” (as in other editions), the New Oxford Shakespeare often alerts readers to different possible stagings.

Professor David Gants is an advisor on textual issues in the edition, and he is the author of the essay in the companion that looks, for the first time, at the detailed technical evidence for dating the first edition of the additions to Thomas Kyd’s The Spanish Tragedy.

“It’s important to know when the Additions were published because other people have said they were written by Ben Jonson,” Taylor says. “Whether it was Jonson depends on exactly when that book was printed.”

Taylor says that Gants is one of the few people in the world who can answer that question by examining the paper used to print the edition. He has to look over surviving copies, examine and scientifically identify the paper that was used, and then relate those findings to paper that was used for other books by the same printer around that time.

“This is a hot issue, and we wanted to make sure that we got this right,” Taylor says.

John Nance, formerly a Ph.D. student in literature, and now a Post-doctoral Research Fellow, studies prose during that same period, and he authored an essay in the Authorship Companion on the same issue. He examined the most famous of the additions, the painter’s part. Initially, the attribution team was not certain of the authorship, but Nance’s scholarship convinced all of the scholars.

“Evidence in the painter’s part overwhelmingly points to Shakespeare,” Taylor says. “John’s essay was decisive in the decision to include the Additions.”

Nance contributed a second essay (on Thomas Middleton’s presence in All’s Well That Ends Well) and he wrote commentaries for five plays.

Even with all of these changes and advances, Taylor understands that Shakespeare stirs up conflicting emotions among scholars and students who take Shakespeare courses. The general introduction to the Modern Critical Edition is titled “Why Read Shakespeare’s Complete Works.” It even includes a section called “Minority Report,” which quotes and summarizes centuries of negative reactions to Shakespeare.

“Students should not feel that they are up against unanimous agreement about what it all means and what’s valuable and what is not,” Taylor says. 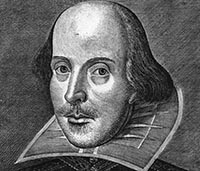 As Taylor explains, Shakespeare is sometimes difficult because he is dealing with emotions or actions that are difficult to articulate or express.

“Pandemics were happening in Shakespeare’s lifetime, and very significant proportions of the population were being killed by plague, for which there was no cure” he says. “We get freaked out when a few people get the Zika virus or one person dies from the Ebola virus. Imagine tens of thousands of people dying in London in a single year. We are talking about up to one-fifth of the population of the country’s largest city.

“Shakespeare’s experience as a human being was different from our experience in all sorts of ways, but literature’s great contribution to civilization is that it enables us to imagine, to taste briefly, different ways of being human.”