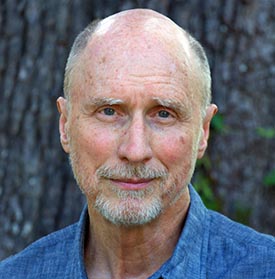 ROBERT OLEN BUTLER, Professor, MA, University of Iowa (1969) specializes in fiction and screenwriting. He is the author of sixteen novels and four collections of short stories. In addition to a Pulitzer Prize in 1993 and two National Magazine Awards, he has received a Guggenheim Fellowship in fiction and an NEA grant, as well as the Richard and Hinda Rosenthal Award from the American Academy of Arts and Letters. In 2013 he won the career-spanning F. Scott Fitzgerald Award for Outstanding Achievement in American Literature. He has also been a finalist for the PEN/Faulkner Award and the Dayton Literary Peace Prize. His stories have appeared in The New Yorker, Esquire, The Paris Review, The Sewanee Review, Best American Short Stories, New Stories from the South, and many other journals. Butler has published a volume of his lectures on the creative process, From Where You Dream, edited, with an introduction by Janet Burroway. The archive of his personal and professional papers resides at the Baenecke Rare Book & Manuscript Library of Yale University. He holds a distinguished Krafft Professorship at Florida State University.