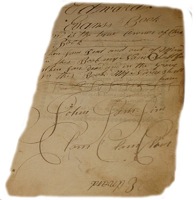 The English Department's Editing, Writing, and Media program focuses on the creation and interpretation of texts, by combining practice in writing and editing with the study of cultural history and criticism. Courses transform both writing practice and critical study to confront the new challenges of digital technology, visual culture, and the internet.

This course trains students in the work of improving another's writing. It seeks to develop the skills of synthesizing another's ideas and data, structuring and clarifying his or her argument, and ordering coherently any multi-part exposition. It is primarily practical in orientation, covering proofreading, grammar, spelling, fact checking, and line-editing. It aims to prepare students for the elementary practice of textual production between draft stage and final publication.

This course will trace the intricate relationship between texts and images in British and American books from the Lindisfarne Gospels to late twentieth-century graphic novels and comic books. Students will examine manuscript picture-texts of both the natural world (bestiaries) and society (antisemitic representations of Jews), as well as illustrated versions of Chaucer's Canterbury Tales and the "Travels" of Sir John Mandeville, before surveying printed books incorporating woodcuts and engraving: e.g., Aretino’s Sonnets, Robert Hooke's Micrographia, illustrated editions of Bunyan's The Pilgrim's Progress, Benjamin Franklin's Poor Richard's Almanac, William Blake's poems, and the famous illustrated editions of Charles Dickens. The course concludes with the development of the comic book in 1896 (The Yellow Kid) and contemporary graphic novel, e.g., "The Watchmen," "V for Vendetta," and "Persepolis".

History of Media from Gutenberg to the Internet

This course provides a survey of the history of media in Europe, Great Britain and the United States from the fifteenth century to the present. Beginning with the introduction of moveable type around 1450 and ending with contemporary debates about the Internet, we will examine the interactions of technology, politics, and culture that make the study of communications media so fascinating and so difficult too. We will consider “media” in its broadest sense to include not only the history of journalism, but also the whole range of attitudes, practices, and tools involved in the production, transmission, and reception of all kinds of texts—written and printed, photographed and filmed, broadcast and podcast, sent by carrier pigeon, telegraph, and SMS. By studying how various technologies become media, and by studying how different media shape the way people make sense of their world, we will begin to build the critical and historical skills necessary to evaluate the ever-changing media of our own day.

"You can't have art without resistance in the materials" (William Morris). This course provides an introduction to the complex interactions between literary culture and the changing, overlapping, frustrating and inspiring media ecologies that have shaped the way we produce, transmit, transform, receive and interpret creative representations of human experience. Beginning with the two opposed categories of the ephemeral and the monumental (tattoo, graffiti, ballads, texts written on clothing or carved in stone, newspapers, blogs, Bibles), the course will then embark on a generally chronological tour of technologies and their literary forms: the diversity of manuscript (from Anglo-Saxon to Emily Dickinson), the evolution of print from the fifteenth to the nineteenth century, the history and theory of reading (including the ways that new technologies transform their users), visual texts, film, recorded sound, broadcast and digital media. Each of these categories will be explored through a combination of case studies and hands-on encounters. We will be sampling Sappho, Chaucer, Shakespeare, Milton, the Declaration of Independence, Emily Dickinson, Charlie Chapman, T. S. Eliot, Billie Holiday, Martin Luther King Jr.

This module aims to introduce students to manuscript studies across traditional literary periods, from the earliest English texts to works of contemporary writing. We shall investigate how texts are created, adapted, and presented, focusing particularly on what we might mean by a ‘TEXT’, when so many literary works are the result of multiple interventions. During this course, students will acquire a number of valuable transferable skills that result from the meticulous reading and informed textual criticism of literary texts in original, manuscript form. The weekly transcription of prose and poetry will introduce students to the skills of codicology (the study of the physical make-up of manuscripts), palaeography (the describing of ancient scripts), transcription (the reading of texts from manuscript) and editing (the conversion of original manuscript texts into modern readable forms). Once these skills have been acquired, students will also develop and practice subsequent tools useful to numerous careers: copy-editing, proof-reading, bibliographical compilation, and blurb writing.

Where do our ideas about intellectual property come from and how do they matter to human creativity of all kinds? How do new technologies reconfigure the attitudes and practices of producers, distributors, and consumers? What rights belong to creators, individual users, and the public at large? These questions are hotly debated today as MP3 downloads slice into the profits of record companies and publishers worry about Google’s ambition to provide free access to the world’s books. This seminar will put intellectual property in historical perspective. We will begin with the construction of authorship and the development of copyright in printed books, spending several weeks on the eighteenth century, when many of our most fundamental ideas about ownership and rights first took shape. We will then move forward toward the present, stopping along the way to consider how different conceptions of intellectual property get established, contested, and modified in a range of fields, including literature, art, music and science.

This course explores a wide range of issues in the production and distribution of texts, not only in the 20th and 21st century, but also in earlier historical periods. These issues include the book as object, the ethics of publishing, the history of reading, and censorship, as well as the rise of print culture in America from the colonial period to the present. It also includes practical training, introducing students to the work that editors currently perform in magazine and book publishing. The aims are: 1) to establish a fundamental knowledge of the issues involved in the work of publication; 2) to expand appreciation for the material conditions of print culture; 3) to improve historiographic and interpretive ability; 4) to develop skills and experience that would prepare students for positions in magazine, book, and / or electronic publishing. Texts might include Casper, Chaison, and Groves, eds., Perspectives on American Book History (U Mass 2002), Alberto Manguel's A History of Reading (New York: Penguin, 1997), and Sammye Johnson and Patricia Prijatel, eds., The Magazine from Cover to Cover, 2nd ed. (Oxford U P, 2006).

Visual Rhetoric in the Digital Age

This course focuses on images as texts, including photographs, illustrations, paintings, monuments, and museums. It will help students to "read" the visual, providing a critical vocabulary and a set of conceptual frameworks. Students will learn both how to analyze visual texts, for surface and encoded meaning, and how to compose visual texts, utilizing multiple media. Texts include Walter Benjamin, "The Work of Art in the Age of Mechanical Reproduction"; selections from Kress and van Leeuwen, Reading Images: The Grammar of Visual Design; W. J. T. Mitchell, Picture Theory; Handa, Ed., Visual Rhetoric in a Digital World

What is a Text? (Senior Seminar)

If there was an easy answer, we wouldn’t have named the course after a question. What is a text? It bears upon much more than just written or printed things, but upon making meaning, the myriad systems past and present of signification in our world. To think about text, according to Jerome McGann, is to think about the “intercourse that is being human.” This course is about our textual condition in its various forms, including writing and print, books and periodicals, text and readers, images, hypermedia and electronic texts. The course does not intend to catalog all of the world’s meaning-making systems, but to help students better understand and navigate them—vital skills for survival and success in a media-saturated postmodern culture. We will develop these skills through conversations in seminar, collaborative and hands-on exercises, critical readings, and weekly projects. The course builds upon the lessons of other EWM courses, including WEPO, History of Illustrated Texts / Text Technologies, and Media Studies, and invites students to further pursue those contexts and their own unique interests in developing a final portfolio or project.