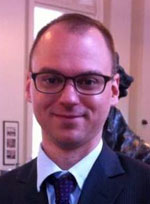 My work focuses on the contact points between decadence studies, transnational modernism, and postcolonial studies in British, Irish, and postcolonial literature from the late-nineteenth century to the present. My recent book, Beginning at the End: Decadence, Modernism, and Postcolonial Poetry (Harvard University Press, 2018) demonstrates how the fin-de-siècle notion of "decadence" became a central concept in the development of postcolonial thought as artists and writers in emerging independent nations navigated between the realist imperatives of national culture and the lure of aestheticism and art-for-art’s sake, rewriting the received understanding of European modernism in the process. The book reads the reemergence of figures such as Oscar Wilde, J.-K. Huysmans, and Walter Pater in the work of contemporary poets and artists such as Derek Walcott, Derek Mahon, Chinua Achebe, Wole Soyinka, Agha Shahid Ali, Bernardine Evaristo, and Yinka Shonibare.

My current book project continues to explore an expanding global geography and historical durée of decadent literature, considering how modern and contemporary Anglophone writers remake decadent literary strategies from positions often identified at the peripheries of the world literary and economic systems. This study shows how modern and contemporary writers such as Hanif Kureishi, Salman Rushdie, Jeet Thayil, Anita Desai, D.B.C. Pierre, Bruce Nugent, and Shola Von Reinhold turn to figures such as Oscar Wilde, J.-K. Huysmans, and Charles Baudelaire in an ongoing critique of the decadence of Western modernity. At the same time, this study shows how these writers both embrace and decenter fin-de-siècle decadence to challenge contemporary religious fundamentalism, claim space for queer and racialized identities within the artworld, dissect the links between colonialism and capitalism, lament the fading social role of poetry and the literary, and stake a claim within the world literary market.