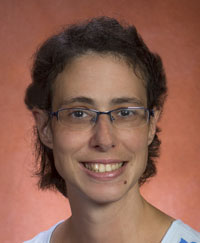 JAMIE C. FUMO, Professor, Ph.D. Princeton (2003), M.A. Princeton (2001), B.A. University of Massachusetts-Amherst (1998). Dr. Fumo specializes in medieval English literature and culture, particularly Chaucer and his contemporaries, with a subsidiary interest in classical reception. Her work engages the dynamic relationships between literary texts and traditions, medieval conceptions of authorship and authorial exchanges, and the operation of premodern textualities. She is fascinated by how early literary texts constitute and contemplate themselves, and how they talk back—and sometimes forward—to other texts.

Most recently, Dr. Fumo has completed two large-scale studies of Chaucer’s Book of the Duchess: a monograph that unfolds the story of the poem’s construction, reception, and interpretive history; and the first ever edited collection of essays on the poem, which gathers distinguished and emerging scholars to define new frontiers in research on this first major Chaucerian poem. She is currently at work on a new book project, Savory Work: The Poetics of Taste in Medieval England.