Chaucer's Book of the Duchess: Contexts and Interpretations 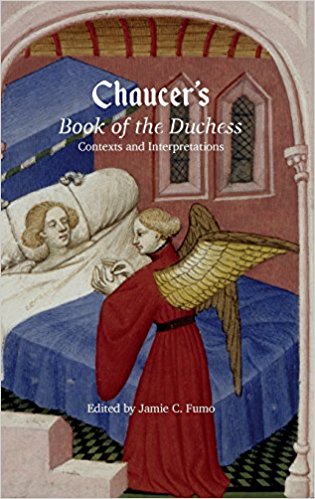 The Book of the Duchess, Chaucer's first major poem, is foundational for our understanding of Chaucer's literary achievements in relation to late-medieval English textual production; yet in comparison with other works, its treatment has been somewhat peripheral in previous criticism.

This volume, the first full-length collection devoted to the Book, argues powerfully against the prevalent view that it is an underdeveloped or uneven early work, and instead positions it as a nuanced literary and intellectual effort in its own right, one that deserves fuller integration with twenty-first-century Chaucer studies. The essays within it pursue lingering questions as well as new frontiers in research, including the poem's literary relationships in the sphere of French and English writing, material processes of transmission and compilation, and patterns of reception. Each chapter advances an original reading of the Book of the Duchess that uncovers new aspects of its internal dynamics or of its literary or intellectual contexts. As a whole, the volume reveals the poem's mobility and elasticity within an increasingly international sphere of cultural discourse that thrives on dynamic exchange and encourages sophisticated reflection on authorial practice.