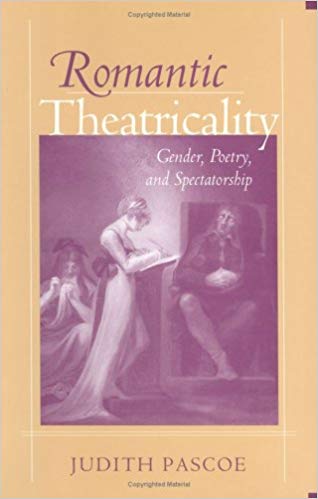 In a significant reinterpretation of early Romanticism, Judith Pascoe shows how English literary culture in the 1790s came to be shaped by the theater and by the public's fascination with theater. Pascoe focuses on a number of intriguing historical occurrences of the late eighteenth and early nineteenth centuries, emphasizing how writers in all areas of public life relied upon theatrical modes of self-representation. Pascoe adduces as evidence the theatrical posturing of the Della Cruscan poets, the staginess of the Marie Antoinette depicted in women's poetry, and the histrionic maneuverings of participants in the 1794 treason trials. Such public events as the treason trials also linked the newly powerful role of female theatrical spectator to that of political spectator. New forms of self representation and dramatization arose from that synthesis.In their uniting of theatrical and literary realms, Pascoe maintains, women writers were inspired by the most famous actress of the era, Sarah Siddons. Siddons's shrewd deployment of her private life in the construction of her public persona serves as a model for such disparate poets as Charlotte Smith and Mary Robinson.