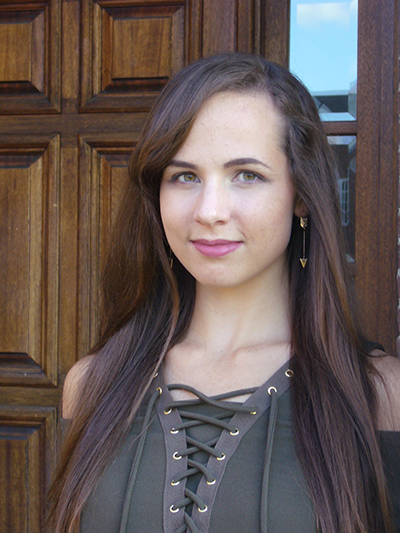 A third-year senior from Lexington, Kentucky, Erin came to Florida State University to study English with a concentration in Creative Writing for her major, with a minor in French. Her research interests are focused primarily within the field of new media studies, with a specific emphasis on investigating the emerging literary conventions of the digital age. After receiving an IDEA Grant in March of 2018, Erin began work on her honors thesis, which examines the presentation of visual story details in contemporary audio drama (fiction podcasts). In December of 2018, her research will culminate in the production and publication of her own eight-episode audio drama miniseries. She is proud to work on this project with a cast of voice actors from around the world.

Upon her graduation in 2019, Erin plans to pursue a Master of Fine Art in writing for film and television. In her time at FSU, Erin has interned with a lifestyle magazine in her hometown, served as a public relations chair for the Academic Recruitment Organization and You’re Not Alone, and volunteered as an English conversation partner at the Center for Intensive English Studies. The majority of her time, however, has been devoted to creative pursuits. Since the close of her freshman year, Erin has written a young adult novel, a feature screenplay, a television pilot, and now a podcast miniseries. She also retains script consultant and production design credits on an FSU student film. She will begin her next project, a portfolio of literary short stories, in the spring of 2019.