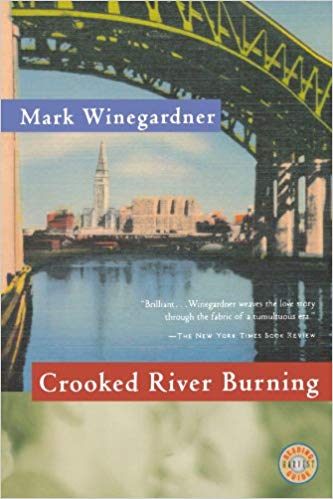 The critically acclaimed novel of a compelling love affair and the decline of a once prosperous city .

The birthplace of rock 'n' roll, Cleveland was an economic powerhouse and America's sixth-largest city in the late 1940s. By 1969, it had dropped to twelfth. In the summer of 1948, fourteen-year-old David Zielinsky can look forward to a job at the docks, the only way to make a living on his side of the city. Across the river is twelve-year-old Anne O'Connor, daughter of the reigning political boss of Cuyahoga County. In this richly entertaining novel, the two will meet and fall in love, and for twenty turbulent years, as Cleveland falls from grace, they will be consumed by a fiery, star-crossed romance. A natural-born storyteller, Mark Winegardner charts the demise of this fascinating city, artfully weaving in such real-life Clevelanders as Eliot Ness, Alan Freed, and Carl Stokes. A saga reminiscent of the best writing of E. L. Doctorow, Tom Wolfe, and John Dos Passos, Crooked River Burning is masterfully crafted and vastly entertaining-a great American novel in the truest sense.