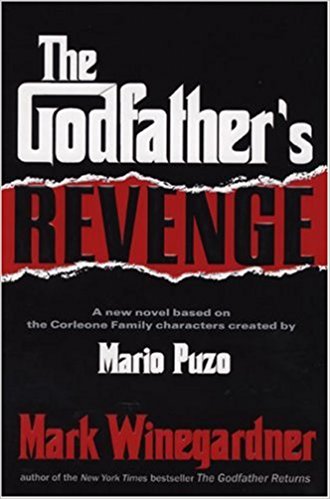 The third, and final, installment in Mario Puzo's epic chronicle of the Corleone crime family-one of the most enduring lineages in American literature and cinema-achieves a stunning crescendo with a story that imagines the role of the Mafia in the assassination of a young, charismatic president.

It's impossible to overstate the influence of Mario Puzo's The Godfather, which has become an essential part of our cultural lexicon. Puzo's novel about the secret world of organized crime became a megabestseller and an instant classic. The book inspired the Francis Ford Coppola films-unprecedented successes in their own right-and launched a national obsession with the Mafia that continues unabated today.

In The Godfather's Revenge-again authorized by the Puzo Estate-Mark Winegardner moves the Corleone family onto the biggest stage of all: the intersection of organized crime and national politics. A subordinate to Michael Corleone, New Orleans underboss Carlo Tramonti is publicly humiliated when the U.S. Attorney General-President Danny Shea's brother-has him arrested and deported to Colombia. Tramonti eventually returns, hell-bent on settling scores, and triggers a series of events destined to change the course of American history. Corleone, though haunted by the death of his brother Fredo, knows that this is no time for weakness-and so, with fearless consigliere Tom Hagen leading the way, a new path for the future is forged.

As the dramatic twists of The Godfather's Revenge take the reader from Las Vegas to Miami to New Orleans, from the power alleys of Washington, D.C., to the remote jungles of Colombia, the puppet master behind the curtain remains Michael Corleone, the tortured prodigal son who is determined to redefine his family's legacy and make his father-the original Godfather-proud.