The Soviet Circus Comes to Havana and Other Stories 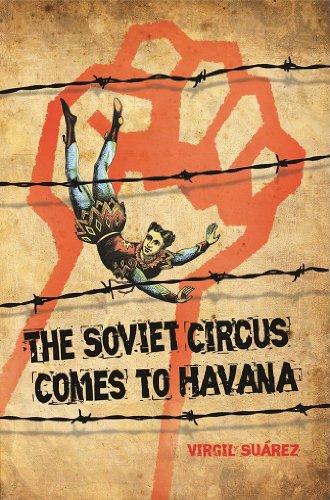 Virgil Suárez’s latest short story collection—his first in more than two decades—is subversive and emotionally piercing. A man whose yard is plagued by armadillos, a pair of boys who torment scorpions with gasoline fires, and a father’s best friend wasting away with an illness as a son watches the deterioration with fascination and disgust—these are just a few of the characters in these seventeen stories that reveal a dark, satiric view of the human condition that’s somehow ferocious and, at times, funny. Shades of Denis Johnson and George Saunders run throughout this potent volume of new stories. Whether he’s writing about Havana, Miami, or other less exotic locales, Suárez has the ironic distance of an outsider while capturing the details only insiders know. The Soviet Circus Comes to Havana and Other Stories is an apt addition to the world of short fiction.