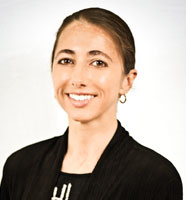 TAREZ SAMRA GRABAN, Associate Professor (PhD Purdue, 2006; AB Brown, 1993), centers her research and teaching in histories of rhetoric, histories and theories of composition, global and comparative rhetorics, feminist rhetorical theory, and digital humanities. Lately, her work attends to rhetoric as epistemology, writing as text technology, and alterity as cultural apparatus. Her current manuscript, “Rhetoric, Feminism and the Transnational Archive,” offers a rethought notion of feminist rhetorical critique for textual scholars of the transnational archive who must read and curate their subjects in a critical space occurring somewhere between East and West, without trending toward neocolonialism. For the past several years, she has been tracing the archival presence of a select group of women between 1915 and 2015, in academic, governmental, and activist sectors in Namibia, Malawi, and South Africa to learn more about how they have earned various degrees of public sympathy at home and abroad, as those sympathies are tied to the opening up or democratization of information practices in their home countries. She co-leads a nationwide special interest group in global and nonwestern rhetorics and is current president of the Coalition of Feminist Scholars in the History of Rhetoric and Composition. Since 2013, she has led the Digital Scholars / DH Reading & Discussion Group at FSU, and earlier this year she assumed the role of Director of Research and Fellowships with the Demos Project for Studies in the Data Humanities at FSU. Finally, her work continues on the Linked Women Pedagogues project, a data discovery tool for tracing the intellectual contributions that under-represented women teachers have made in rhetorical studies at home and abroad, from North America’s Progressive Era to the present.