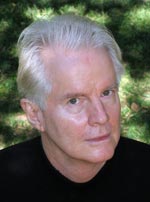 DAVID KIRBY, is the Robert O. Lawton Distinguished Professor of English at Florida State University. He has received many honors for his work, including fellowships from the Guggenheim Foundation and the National Endowment for the Arts, and his work appears frequently in the Best American Poetry and Pushcart Prize volumes. Kirby is the author of numerous books, including The House on Boulevard St.: New and Selected Poems, which was a finalist for the 2007 National Book Award in poetry. His Little Richard: The Birth of Rock 'n' Roll was named one of Booklist's Top 10 Black History Non-Fiction Books of 2010, and the Times Literary Supplement called it "a hymn of praise to the emancipatory power of nonsense." There's more on www.davidkirby.com.