Talking about Movies with Jesus 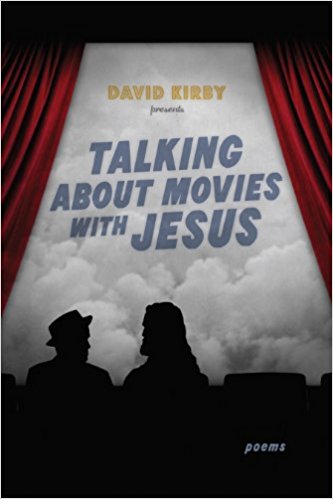 "Talking about Movies with Jesus" on Amazon
David Kirby

Celebrated poet David Kirby says that when he was a boy he wanted to run away and join the circus but never found one he liked, so he invented his own. Many of the poems in his dazzling new collection, Talking about Movies with Jesus, suggest his personal carnival is still a work in progress.

Much like a traveling circus, Kirby's poems are defined equally by their transient nature and by their destination. The poem "The Phantom Empire" -- which features Gene Autry repeatedly having to escape from a fictional city 20,000 feet underground in order to make it back home in time to voice his afternoon radio show -- suggests that Kirby has discovered the journey to what one is after is often more entertaining than getting it.

Yet, in frenetic musings on Bo Diddley, a certain First Lady ("Skinny-Dipping with Pat Nixon"), Kirk Douglas, and Gerald Stern, Kirby notes the importance of arrival. Earnest conversations with cultural icons from Little Richard to Jesus reveal to the poet, as a character in his own story, that art, whether a song or poem or scripture, is all we here on earth know of heaven and all we need to know.

Kirby's latest work is at once the caravan, the carnival, and the crowd merging together to form a wondrous collection.