Jayme Ringleb’s love for writing began at a young age. But it was the encouragement and guidance of one of his high school teachers that motivated what he calls his “pursuit of writing for an audience.” 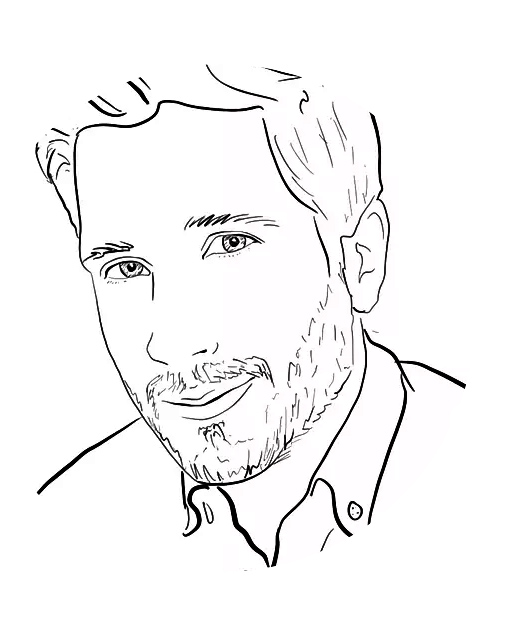 Nancy Swanson, Ringleb’s former teacher, would be happy to know that her student has continued a devotion to the written word: “That mentorship is now a foundation of my life as a writer,” Ringleb says.

Currently a doctoral candidate in Florida State University’s Creative Writing Program, Ringleb serves as one of the poetry editors for The Southeast Review, a national literary magazine that English department graduate students curate as a team. Their primary mission is to provide its readers with a diverse range of writers, aesthetics, experiences, and genres.

Ringleb has been in his editor role since 2017, but his work at the SER began in 2015, when he began as one of the poetry readers for the journal. During his time with the magazine, he has worked with a team of editors to increase the span of who is published, represented, and championed in the review.

“I’ve been lucky to work with editors such as Dorothy Chan, Zach Linge, Dorsey Craft, and, more recently, Diamond Forde and Brett Hanley,” Ringleb says, “all of whom have been in support of making the position of poetry editor increasingly representative instead of gatekeeping.

“Together—and with deep gratitude for processes already put in place by our wonderful former poetry editors, Keith Kopka and Maari Carter—we’ve been able to formalize a process by which The Southeast Review’s poetry staff evaluate and vote on the journal’s responses to work. We’ve also recently transitioned from the poetry section’s single-editor model; the role of poetry editor can now be occupied by up to three individuals.”

As a result, the review has been receiving—and publishing—a greater number of submissions that reflect of a pool of diverse contributors, many of whom are emerging writers.

Working at the SER is not the only way Ringleb has left a lasting imprint on FSU’s campus, however. He teaches a variety of courses at FSU, using that platform to encourage and inspire young writers of all types. He says more often than not, though, his students inspire him.

“My students have exposed me to so many different styles of writing, critical evaluations, and sources of inspiration,” Ringleb says. “In my classes, I often teach students who are new to or early in poetry, and their fresh perspectives often provide me the very useful privilege of being able to examine the ways in which my understanding may be unproductively fixed.”

“My students have exposed me to so many different styles of writing, critical evaluations, and sources of inspiration.” — Jayme Ringleb

Through his position with the SER and as a teaching assistant at FSU, Ringleb says his own personal perspective and tastes have “expanded immensely.” By reading the work of his students, as well as the work from the contributors to the magazine, Ringleb says that he has been encouraged to challenge his own point of view.

“I’m suspicious of my own taste, particularly in terms of how heavily it’s been influenced by processes of canonization,” Ringleb says. “More and more, I find that reading widely outside of my own taste better facilitates learning about both poetry as a genre and the limitations of my own inherited or innate perspectives and biases.”

Ringleb’s literary journey has helped him evolve as an artist and an editor, and he encourages aspiring writers not to limit themselves by strictly listening to generalized writing advice.

“It’s often good to try on the advice that you’re given,” he says, “but I think it is more important to always keep in mind that you know yourself as a writer better than anyone else does.”

Once Ringleb graduates from FSU in the spring of 2020, he plans to continue teaching and publishing his work.

Matsuo Bashō’s The Narrow Road to the Deep North

Megan Kirkham graduated from FSU in December 2019 with her bachelor's degree in English and a minor in interdisciplinary humanities.