During their time as an undergraduate, Zach Linge was warned to never go into academia. One bachelor’s degree, one master’s degree, and more than two years into a doctorate program later, Linge says they simply could not be happier. 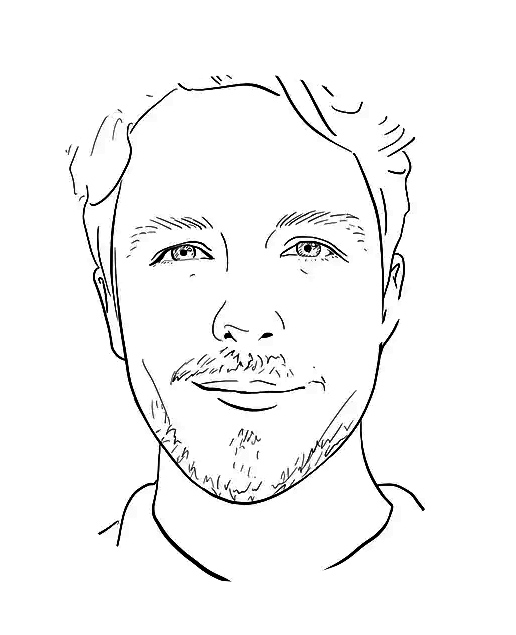 “I am incredibly lucky to get paid to study something I love,” says Linge, a third-year doctoral student in the Creative Writing Program at Florida State University.

When asked why they chose to pursue academia, Linge had a simple answer: because they were told not to.

“I once had a professor who took a half an hour out of class one day to tell the class why we should never ever, ever, ever pursue academia,” Linge says, “and she said the only reason to do it, is if you absolutely cannot do anything else.

“She said, if you can paint, paint. If you can sing, sing. The only reason you would pursue academia is if it’s a calling.”

Geraldine Heng, professor of English at UTA, gave Linge that advice, and Linge describes her as “someone who absolutely does not waste time.” Linge emulates that quality of hers, keeping themselves busy as the newest editor-in-chief of FSU’s graduate literary journal, The Southeast Review.

The SER has undergone an extreme makeover, thanks to Linge and their editorial staff. But the editor is nothing but enthusiastic about the work.

“This is the only career field I've tried that keeps all of my cylinders firing—I love it,” Linge says. “It’s an obsession, it’s unhealthy, and it’s exactly where I want to be. It is tons of work, but that’s what keeps me going.”

“This is the only career field I've tried that keeps all of my cylinders firing—I love it.” — Zach Linge

The SER isn’t the first journal that Linge has directed. During their time as a master’s student at the UTSA Linge was the editor in chief for the Sagebrush Review, that university’s student-run literary and art journal.

Although Linge loves their work as an editor, what brought them to FSU was actually their passion for writing.

“I write poetry—it’s a curse. I wouldn’t do it if I had any other choice,” Linge says, laughing, “My master’s was in literature and I mostly focused on fiction, and while I was pursuing that I got cursed with poetry.”

Linge likens poetry to a curse because they see poetry as an art form that the artist doesn’t necessarily have control over themselves.

“What type of poems am I interested in writing? Who knows. I follow the poem. See what it tells me to do,” Linge says.

But oftentimes, what can be mistaken for a curse, is actually something else. Something much better. Linge follows up by saying, “[poetry] is a superpower, I am obsessed with it, just like I am with my job.”

Linge has as much control over their poems as they did over choosing to pursue academia; the literary world is their calling. To spend our lives doing what we love is a goal familiar to most people, and Linge is one of the people fortunate enough to be living that dream.

Megan Kirkham graduated from FSU in December 2019 with her bachelor's degree in English and a minor in interdisciplinary humanities.