On Sept. 1, Florida State University English department alumnus Kaveh Akbar began working as the poetry editor for The Nation. Akbar will oversee all poetry-related content for the publication, including submissions for the print magazine and the website.

“I’m excited to introduce Nation readers (and myself) to new voices at the vanguard of such decontamination, voices challenging received notions of what poetry can do and be,” 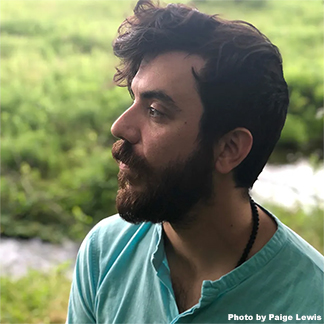 Akbar said in the announcement published in The Nation, adding that he is currently accepting submissions. “I’m especially eager to hear from voices marginalized by traditional channels of American publishing, including international poets, incarcerated poets, undocumented poets, Black, indigenous, and POC poets, trans and queer poets, and disabled poets.

“Above all, I believe in poetry’s power to substantively contribute to The Nation’s mission of raising up the promise of a radical tomorrow while agitating for meaningful change today.”

The Nation, a publication founded by abolitionists in 1865, focuses on politics and culture and “empowers readers to fight for justice and equality for all,” as stated on The Nation’s website.

Akbar was born in Tehran, Iran. He graduated in 2018 from FSU, earning his Ph.D. in English with a focus in Creative Writing. He now teaches at Purdue University, as well as in the low-residency Master of Fine Arts programs at Randolph College in Virginia and Warren Wilson College in North Carolina.

In 2017, Akbar debuted his first full-length volume of poetry, Calling a Wolf a Wolf; his second volume, Pilgrim Bell, will be published in 2021. His poems can also be found in The New Yorker, The Guardian, Paris Review, and several other publications.