When Diane McCain was an undergraduate student studying English at Florida State University, she dreamed of becoming a lawyer and opening a family practice with her father. But after McCain’s life was upended by unfathomable tragedy one fateful night, her life path took an unexpected turn.

In the four decades since McCain’s life irreversibly changed, she has been a strong advocate for victims’ rights and has helped make history by having rights for victims added to the Florida Constitution. 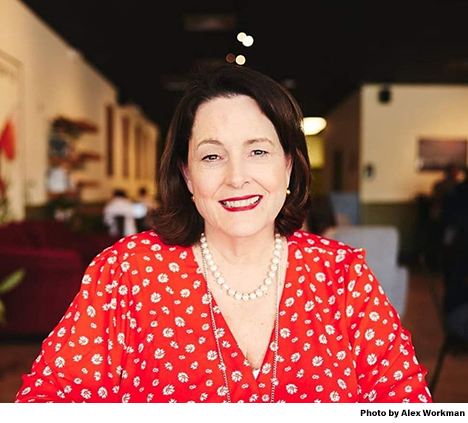 To honor McCain’s earnest desire to bring about structural changes to the legal system for both victims and the accused, the Florida Commission on the Status of Women awarded McCain with the Spirit of the Community Award on August 11, 2021.

The Spirit of the Community Award recognizes McCain as a positive role model for women and girls in the Tallahassee community and for helping improve the lives of women in Florida.

After graduating from Leon High School in 1973, McCain stayed in Tallahassee to attend FSU for one semester so she could be close to her ill grandfather.

After McCain pledged Chi Omega, however, she made the decision to continue at FSU.

“It was so gratifying and really supportive to have those friendships,” McCain says. “I was shy growing up, so joining the sorority helped me get involved on campus.”

McCain majored English because of her father’s insistence, and had a second major, business, taking courses in both while on the pre-law track.

“My dad recommended that I major in English because I needed to know this in the law profession,” McCain explains. “And so, I got special permission from the university to have a double major.”

With the help of her sorority sisters, McCain ran for Student Senate and was elected as the Vice Chair of the Student Traffic Appeals Board. McCain also worked part-time at the FSU College of Law and for the Florida Legislature.

“I probably would not have had a job with the Florida Legislature at that time if I had not majored in English,” she says. “Because I could write and read, I really do believe that’s what gave me the edge.”

McCain’s life and post-grad plans were disrupted, however, when the serial killer Ted Bundy brutally attacked four of her sorority sisters in mid-January 1978, murdering two of them.

“I thought I was going to graduate and eventually go into practice with my father,” McCain says. “But that didn’t happen. [The murders] changed my whole course of everything.”

In the aftermath of the attack, McCain says she and her sisters were regularly bombarded by the media with intrusive questions.

“I had two reporters chase me one day,” McCain recalls. “I was working at the law school, and they thought that I had seen Bundy one of the days I was there working. But I don’t recall that.”

McCain’s sense of safety had not only been intruded upon by Bundy but by the media and justice system as well. That lack of direct information and assistance for victims after the Chi Omega murders in contrast to all the protections for the accused sparked a new passion within McCain. She vowed to become an advocate for victims’ rights so that others who unfortunately ended up in her situation would not have to endure what she and her sisters went through.

By the time Bundy’s trial concluded with guilty verdicts on July 24, 1979, McCain had graduated with her bachelor’s degree and was attending FSU’s College of Law. In 1979, McCain took a break from school and became a research assistant for the Florida Chamber of Commerce. Then, from 1980 to 1982, McCain worked as a legislative analyst for the Florida House of Representatives. 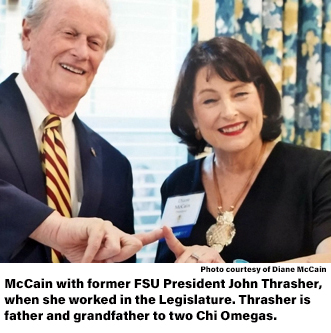 McCain eventually became chief of staff for the Florida House of Representatives, and she then went on to work in the Florida Senate. During her time in the Senate is when McCain helped write legislation concerning victim and family notification rights.

“It was initially very difficult to get the legislation introduced for a multitude of reasons, but once we got the legislation enacted, that set the stage for us to then educate more people about what we were intending to do,” McCain explains.

Simultaneously, McCain was instrumental in the 1985 passage of a Florida Constitutional Amendment for Victims’ Rights.

“It was such an honor for me,” she says. “It was the first time that victims’ rights had actually been in our Constitution, not just in the law books.”

To share the work and success in Florida, McCain traveled to speak before various state legislators and meet with legislative staff members. She accomplished her goals in Florida, but McCain continued advocating for victims’ rights across the country.

In 1985, McCain re-enrolled in law school at the University of Miami School of Law but took another leave of absence when she was selected to become the federal government’s spokesperson for the trial of former Panamanian dictator Manuel Noriega.

In addition to directing public affairs for the largest prosecutor’s office in the country, McCain has held many other major leadership positions throughout the years.

Overall, McCain has been involved in more than 25 legislative sessions over the course of her career and credits her background in English for helping her along the way.

“It applies to everything you do,” acknowledges McCain. “You need to know how to express yourself, how to pay attention to detail, and how to describe things.”

One of those moments for McCain came when she was living in Miami and working for the Department of Justice. When McCain first moved to Miami, she befriended a woman named Gladys Taboada in a customer service environment. 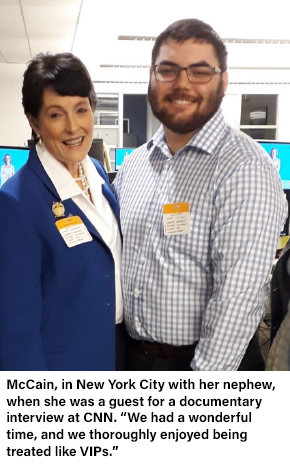 In 1990, serial killer Danny Rolling killed five students at the University of Florida. Devastatingly, one of the victims was Taboada’s oldest son.

At the governor’s request, McCain traveled to Gainesville, Florida, to talk with victims and their families. Accompanying McCain on the plane was Gladys Taboada.

During the plane ride, McCain recalls thinking about all the advancements Florida had made for victims’ rights in the years since her Chi Omega sisters were murdered. McCain was grateful to sit alongside Taboada and to guide her through the devastating experience.

Since 2006, McCain has been the Director of Public Affairs and External Relations for the State University System in Florida, which has been ranked the top state for higher education five years in a row.

McCain also currently sits as the President of the Greater Tallahassee Chi Omega Alumnae Board.

“My intention is to set a good example for our younger sisters and to generate goodwill among the girls,” says McCain.

The continued support from her Chi Omega sisters has helped McCain persevere as she continues to defend victims and their families.