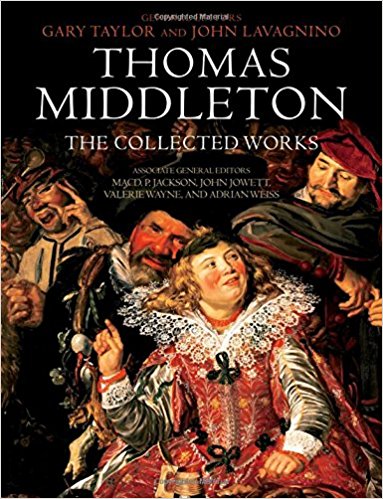 Thomas Middleton (1580-1627) - 'our other Shakespeare' - is the only other Renaissance playwright who created lasting masterpieces of both comedy and tragedy; he also wrote the greatest box-office hit of early modern London (the unique history play A Game at Chess ). His range extends beyond these traditional genres to tragicomedies, masques, pageants, pamphlets, epigrams, and Biblical and political commentaries, written alone or in collaboration with Shakespeare, Webster, Dekker, Ford, Heywood, Rowley, and others. Compared by critics to Aristophanes and Ibsen, Racine and Joe Orton, he has influenced writers as diverse as Aphra Behn and T. S. Eliot. Though repeatedly censored in his own time, he has since come to be particularly admired for his representations of the intertwined pursuits of sex, money, power, and God.

The Collected Works brings together for the first time in a single volume all the works currently attributed to Middleton. It is the first edition of Middleton's works since 1886. The texts are printed in modern spelling and punctuation, with critical introductions and foot-of-the-page commentaries; they are arranged in chronological order, with a special section of Juvenilia. The volume is introduced by essays on Middleton's life and reputation, on early modern London, and on the varied theatres of the English Renaissance. Extensively illustrated, it incorporates much new information on Middleton's life, canon, texts, and contexts. A self-consciously 'federal edition', The Collected Works applies contemporary theories about the nature of literature and the history of the book to editorial practice.