The Hummingbird Cabinet: A Rare and Curious History of Romantic Collectors 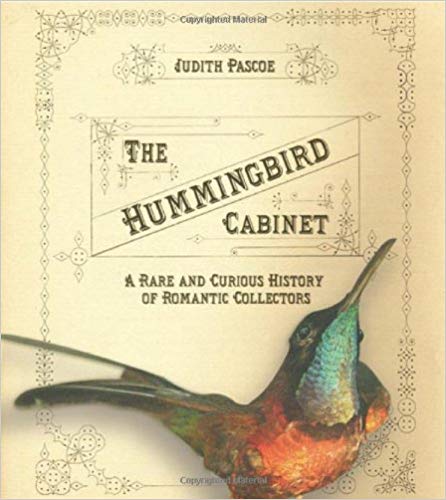 "This book is... a romantic history of romantic collecting. It takes seriously, and by necessity shares, the tendency of romantic histories to dwell upon their own fragmentariness, on the impossibility of capturing an intact history.... It traces the particular ways in which objects stepped into the lives of romantic collectors, and also the ways in which the objects moved on."―from the IntroductionIn the late eighteenth and early nineteenth centuries, the activity of collecting became democratized and popularized, allowing all kinds of people to become caught up in the collecting obsessions of the period: birds, books, Napoleonic relics, botanical specimens, Egyptiana, and fossils. Judith Pascoe invites readers to contemplate the ongoing allure of romantic collections. Pascoe maintains that romanticism as a literary movement played a crucial supporting role in varied attempts by collectors of this era to fashion identities for themselves through collecting. She links the collecting craze during the period with the subsequent fetishization of romantic poets and their possessions, revealing the extent to which an ongoing fascination with material objects―with Keats's hair and Shelley's guitar, for example―helped to produce an enduring image of these poets as spiritual emissaries of a less materialistic age. In language both witty and idiosyncratic, Pascoe makes the case that the romantic period stands out as a distinct moment in collecting history, a transition between the flourishing of the Renaissance wonder cabinet and the rise of the Victorian museum.