Crossing the Line: Early Creole Novels and Anglophone Caribbean Culture in the Age of Emancipation 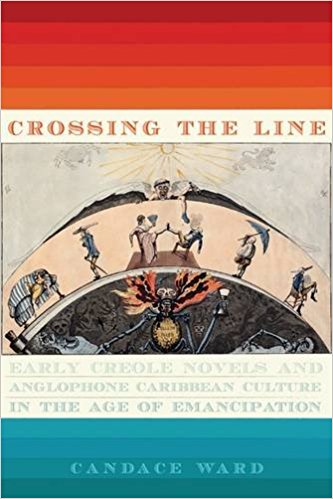 Crossing the Line examines a group of early nineteenth-century novels by white creoles, writers whose identities and perspectives were shaped by their experiences in Britain’s Caribbean colonies. Colonial subjects residing in the West Indian colonies "beyond the line," these writers were perceived by their metropolitan contemporaries as far removed―geographically and morally―from Britain and "true" Britons. Routinely portrayed as single-minded in their pursuit of money and irredeemably corrupted by their investment in slavery, white creoles faced a considerable challenge in showing they were driven by more than a desire for power and profit. Crossing the Line explores the integral role early creole novels played in this cultural labor.

The emancipation-era novels that anchor this study of Britain's Caribbean colonies question categories of genre, historiography, politics, class, race, and identity. Revealing the contradictions embedded in the texts’ constructions of the Caribbean "realities" they seek to dramatize, Candace Ward shows how these white creole authors gave birth to characters and enlivened settings and situations in ways that shed light on the many sociopolitical fictions that shaped life in the anglophone Atlantic.