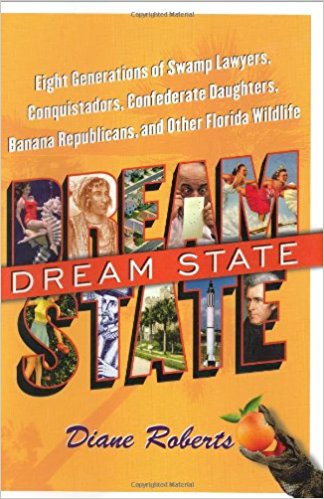 Part family memoir, part political commentary, part apologia, Dream State tells the grand and sometimes crazy story of Florida through the eyes of one of its native daughters. Acclaimed journalist and NPR commentator Diane Roberts has many family secrets to tell. Roberts’s ancestors helped settle Florida, kill off its pesky Indians, enslave some of its inhabitants, clear its forests, lay its train tracks, and pave its roads, all the time weaving themselves into the very fabric of the state.

With a storyteller’s talent for setting great scenes, Roberts lays out the sweeping history of eight generations of Browards and Bradfords, Tuckers and Robertses. From Florida’s first inhabitants to those involved in the recent past with the botched presidential election of 2000, Roberts renders them all with a deep, familial affection. While exposing the real people whom Carl Hiaasen and Elmore Leonard have been fictionalizing for years, Dream State ultimately reveals the cogs and wheels that make the state tick.