Mania for Freedom: American Literatures of Enthusiasm from the Revolution to the Civil War 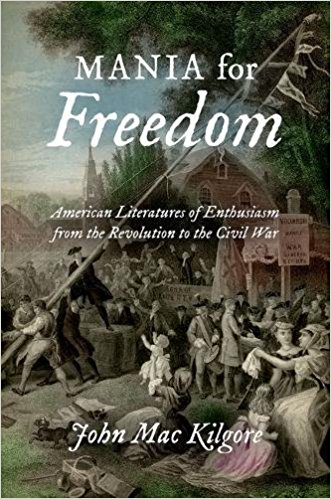 Nothing great was ever achieved without enthusiasm," wrote Ralph Waldo Emerson in 1841. While this statement may read like an innocuous truism today, the claim would have been controversial in the antebellum United States when enthusiasm was a hotly contested term associated with religious fanaticism and poetic inspiration, revolutionary politics and imaginative excess. In analyzing the language of enthusiasm in philosophy, religion, politics, and literature, John Mac Kilgore uncovers a tradition of enthusiasm linked to a politics of emancipation. The dissenting voices chronicled here fought against what they viewed as tyranny while using their writings to forge international or antinationalistic political affiliations.

Pushing his analysis across national boundaries, Kilgore contends that American enthusiastic literature, unlike the era's concurrent sentimental counterpart, stressed democratic resistance over domestic reform as it navigated the global political sphere. By analyzing a range of canonical American authors--including William Apess, Phillis Wheatley, Harriet Beecher Stowe, and Walt Whitman--Kilgore places their works in context with the causes, wars, and revolutions that directly or indirectly engendered them. In doing so, he makes a unique and compelling case for enthusiasm's centrality in the shaping of American literary history.