The Eden Hunter: A Novel 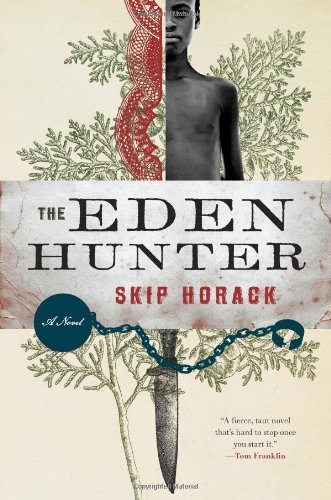 In 1816, five years after being captured and sold into slavery, Kau, a pygmy tribesman, flees south into the Spanish Florida wilderness, determined to find a place where he can once again live in harmony with nature. Both haunted and driven by his memories of Africa, he embarks on an epic quest through the treacherous pinewoods, swamps, and river bottoms of the Southern frontier. He encounters renegades and thieves, traitors and mercenaries, and the dark prophetic magic of the forest before he finally finds himself within the walls of a remote fort on the Apalachicola River. There, he becomes the reluctant companion of several hundred runaway slaves once recruited by the British to fight in the War of 1812, then abandoned to fend for themselves against the American forces intent on destroying their remarkable stronghold.

Inspired by actual events, and at times both violent and beautiful, The Eden Hunter provides a fascinating glimpse at a forgotten, bloody chapter in our nation's history through the eyes of one truly remarkable hero.