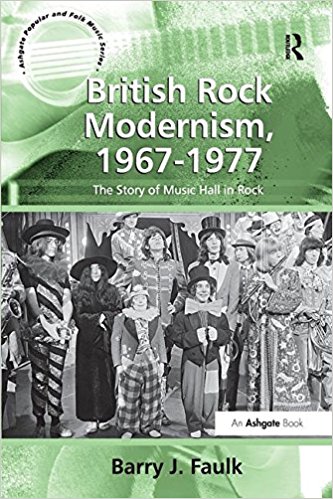 British Rock Modernism, 1967-1977 explains how the definitive British rock performers of this epoch aimed, not at the youthful rebellion for which they are legendary, but at a highly self-conscious project of commenting on the business in which they were engaged. They did so by ironically appropriating the traditional forms of Victorian music hall. Faulk focuses on the mid to late 1960s, when British rock bands who had already achieved commercial prominence began to aspire to aesthetic distinction. The book discusses recordings such as the Beatles' Magical Mystery Tour album, the Kinks' The Village Green Preservation Society, and the Sex Pistols' Never Mind the Bollocks, Here's the Sex Pistols, and television films such as the Beatles' Magical Mystery Tour and the Rolling Stones' Rock and Roll Circus that defined rock's early high art moment. Faulk argues that these 'texts' disclose the primary strategies by which British rock groups, mostly comprised of young working and lower middle-class men, made their bid for aesthetic merit by sampling music hall sounds. The result was a symbolically charged form whose main purpose was to unsettle the hierarchy that set traditional popular culture above the new medium. Rock groups engaged with the music of the past in order both to demonstrate the comparative vitality of the new form and signify rock's new art status, compared to earlier British pop music. The book historicizes punk rock as a later development of earlier British rock, rather than a rupture. Unlike earlier groups, the Sex Pistols did not appropriate music hall form in an ironic way, but the band and their manager Malcolm McLaren were obsessed with the meaning of the past for the present in a distinctly modernist fashion.