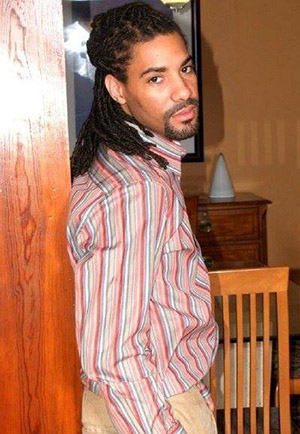 L. LAMAR WILSON’s cross-genre work centers the voices and experiences of black, brown, and indigenous folk thriving in the rural South despite white nationalist terror. His native Marianna, just 65 miles west of Tallahassee off Interstate 10, often serves as the Yoknapatawpha where his speakers contemplate cross-cultural intimacies. After nearly 18 years of award-winning editing in several of the nation’s top newsrooms, including The New York Times and The Washington Post, and faculty appointments at Davidson College, The University of Alabama, and Wake Forest University, Wilson returns to the Big Bend to expand on documentary impulses that have produced poetry, nonfiction and scholarly prose, musical theater, and film. He’s the author of Sacrilegion—the 2012 selection for the Carolina Wren Press Poetry Series, an Independent Publishers Group bronze medalist, and a Thom Gunn Award finalist—and co-author of Prime: Poetry and Conversation (Sibling Rivalry P, 2014), with Phillip B. Williams, Rickey Laurentiis, Saeed Jones, and Darrel Alejandro Holnes. The Gospel Truth, a musical adaptation of Sacrilegion, was performed in Miami and Tallahassee, the latter time with a troupe that honors artists who, like Wilson, are neurodiverse or live with physical differences. The Changing Same, a collaboration with Rada Film Group that aired in PBS’s POV Shorts series, won the Reel Sisters of the Diaspora Best Documentary Award and a special jury prize at the New Orleans Film Festival. Vinyl nominated the poem featured in the film, “Resurrection Sunday,” for a Pushcart Prize.

Wilson, a Florida A&M University alumnus, has received fellowships from, among others, the Cave Canem, Ragdale, and Hurston-Wright foundations. He holds an MFA from Virginia Tech and a doctorate in African American and multiethnic American poetics from the University of North Carolina-Chapel Hill. He also teaches in the Mississippi University for Women’s low-residency MFA program.

“How to Make Tea Cake,” “Ghazal of the Naptime Blues,” “To the Polka Dot Muumuu My Mother Loved to See Her Mother Wear.” South Writ Large. Summer 2020.

“Cake,” “The First Shower,” “In Search of Abe in DuPoint Circle.” The Good Men Project. September and December 2014 and February 2015.

“Times Like These: Marianna, Florida.” Vinegar and Char: Southern Food in Verse. Ed. Sandra Beasley. U of Georgia P, 2018. p. 7

“We Do Not Know Her Name.” Please Excuse This Poem: 100 New Poets for the Next Generation. Eds. Brett Fletcher Lauer and Lynn Melnick. Viking Penguin, 2015, p. 92.

These Mythologizing Is: On Tending to the Past and Autobiography.” Poets’ Roundtable on Person and Persona. Los Angeles Review of Books. 22 October 2013.

“Q&A/NIKKI GIOVANNI: ‘You have to learn to trust yourself.’” Atlanta Journal-Constitution. 30 January 2007.

“Morrison brings us face to face with the blood, pain of slavery.” Milwaukee Journal Sentinel. 24 May 2003.

Kweer: Black Maternity and the Arc of Protest in the African American Elegiac Tradition (proposal under consideration)

“The Beauty of Troubled Tongues.” Post No Ills. January 2010.