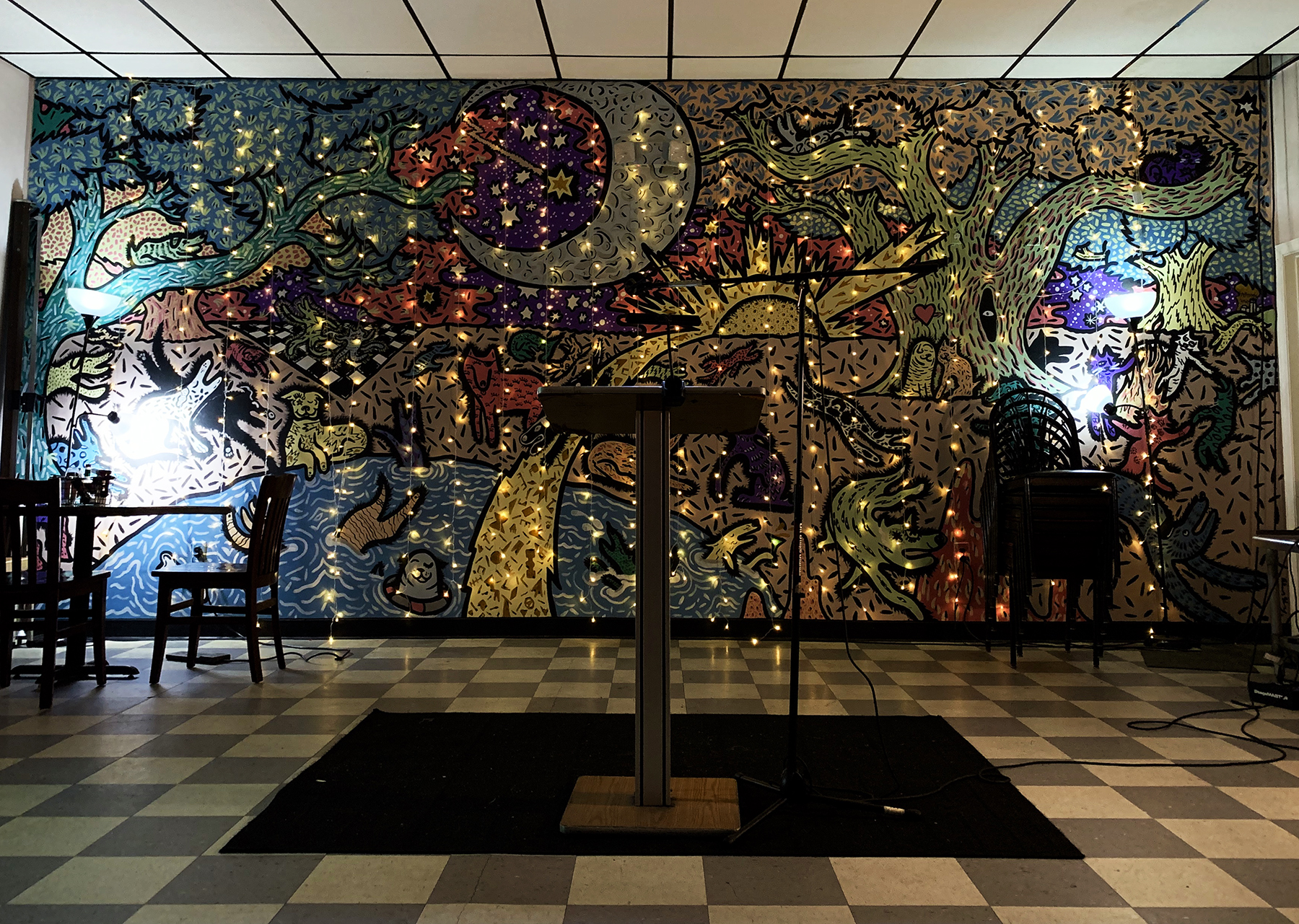 The Jerome Stern Reading Series experience brings “a sense of belonging” for Florida State University graduate students Erin Slaughter and Lauren Howton, who oversee and co-host the events, and for those who participate in the weekly readings.

The Jerome Stern Reading Series has seen several changes in the past decade. For many years, the readings took place at The Warehouse on Gaines Street, just off campus. That space shut down in mid-2018, however, and the readings moved to The Midtown Reader, a local bookstore on Thomasville Road in Tallahassee.

After a short stint at Midtown, the weekly readings now occur at The Bark, where Florida State University graduate students Erin Slaughter and Lauren Howton oversee and co-host the event.

Wherever they have been held, the campus and local communities have supported the series.

“The Jerome Stern Reading Series is a cornerstone of the literary community in Tallahassee,” says Slaughter, who is a doctoral candidate in poetry. “Attending and reading in it during my first year in the Creative Writing Ph.D. program was how I really began to feel a sense of belonging.”

Howton, also a doctoral candidate in poetry, shares how another adjustment for the readings took place because of the pandemic.

“We hosted Jerome at Home last year, which was a completely different experience,” she says, referring to the weekly virtual readings the English department presented until late March 2021. “All I could think about was the communion that takes place when we are in the presence of other writers. I also could not forget about the great vegan food that is offered at the readings.”

The series returned to in-person gatherings at The Bark beginning with the Summer B session. Both Slaughter and Howton recall how pleasantly surprised they were by the public’s interest in the return of the readings.

“Erin sent out a call for readers over the summer, emphasizing that we would be back in-person at The Bark, and it did not take long before the fall sign-up list filled up,” Howton says. 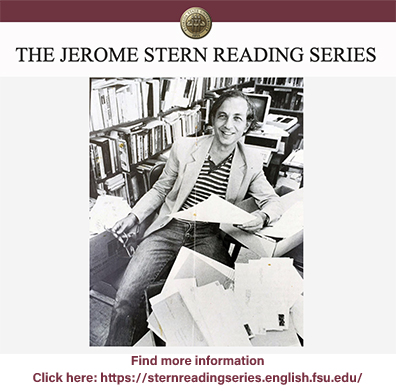 The creation of the Jerome Stern Reading Series dates to the late 1990s. As chair of the English Department’s Creative Writing Program for some of his tenure at FSU, Jerome “Jerry” Stern was well known.

He was a professor who taught literature, creative writing, and enjoyed teaching popular culture classes. He left his mark on FSU, and students and faculty celebrated his legacy at the university.

After Stern’s death, many generous supporters created the Jerome Stern Creative Writing endowed fund at FSU. Since then, his legacy has been continued by the English department graduate students who oversee the event.

Today, the Jerome Stern Reading Series recognizes distinguished undergraduate and graduate writers from FSU’s English department. The caliber of students in the Creative Writing Program offers a consistent selection of readers, in addition to English department faculty members and alumni who are invited back to participate.

“However the schedule fills out, we are always confident it will be solid,” Slaughter states.

In addition, Slaughter shares how the behind-the-scenes work is an essential part of the readings. Between finding several readers and creating a line-up for the series, it is the process that leads to the readings itself.

Together, Slaughter and Howton solicit readers and develop a schedule that works for each of the readers involved. Authors who have never read in the series or who have a book or chapbook with a recent or near-future publication date are prioritized. Then the lineup becomes first come, first served.

Once the initial email was sent for the return of in-person events, preparations for the fall lineup began. Slaughter contacted English Associate Professor Skip Horack, director of the Creative Writing Program, to verify the readers for the semester and the dates for the readings.

After meeting with Horack, Slaughter sent an invitation to graduate students who might have been interested in reading. Now that the readings are back at The Bark, Howton says she “enjoys being present in the writing community.” The readings, she says, are a great place to hear what others have been working on and receive feedback in real time. She, too, hopes to share her own creative works once the spring line-up opens.

Today, Slaughter’s “sense of belonging” in the English department continues, as she stays connected with one of her favorite features of the Creative Writing Program, while also helping showcase new writers in the Tallahassee and FSU communities.