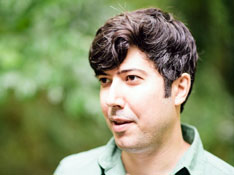 JOHN RIBÓ, Assistant Professor, Ph.D. University of North Carolina-Chapel Hill (2015), specializes in contemporary U.S. Latinx and Caribbean literatures and popular cultures. His work is driven by a fascination with the Caribbean and Central America as crossroads of the Americas and crucible of the New World.

Dr. Ribó's current research explores how Latinx artists, musicians, and writers from the Caribbean evoke images of Haiti and the Haitian Revolution to critique historical injustices and racial inequalities both on the islands and in diaspora. His next project analyzes the dark side of Pax Americana in popular television series, films, music, and literature obsessed with criminality and violence at the southern edges of U.S. empire.