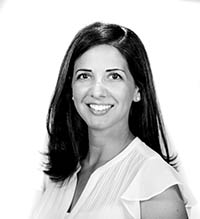 She is author of Latinx Shakespeares: Staging U.S. Intracultural Theater (forthcoming from Michigan, 2023) and co-editor with Trevor Boffone of Shakespeare and Latinidad (Edinburgh 2021).

Her work has been published in collections as well as in journals such as Shakespeare Survey, Shakespeare Studies, Bulletin of the Comediantes, Shakespeare Bulletin, and Theatre Journal. Dr. Della Gatta has written various entries for the forthcoming Stanford Global Shakespeare Encyclopedia and has published essays online in Howlround. She has worked as a scholar for the theatre for Shakespeare Center Los Angeles, The Public Theater, Chicago Shakespeare Theater, and Victory Gardens Theater. Della Gatta is an active member of the Latinx Theatre Commons Steering Committee.

Della Gatta has served on the Governing Council for the Association for Theatre in Higher Education (ATHE) and on awards committees for the Shakespeare Association of America (SAA) and the American Society for Theatre Research (ASTR). She is on the editorial and advisory boards of journals Shakespeare Survey, Teatro: Revista de Estudios Culturales, and for the Arden series on Shakespeare and Social Justice.